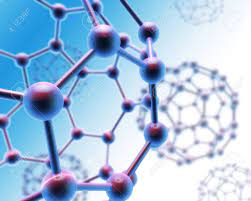 If society can recognize the infinitesimally small window we are in, we may yet successfully embrace the urgency required for collective action.

Here in Carbon Privilege, Carbon Supremacy Part II, we continue to build the ramp towards recognizing how small our Life Window is, and where to look for appropriate actions.

Essentially, Carbon Idealists perceive ourselves as good, moral, decent human beings who find it difficult to see ourselves as hurting the Earth.  And, it’s especially important to note, we are all FINE with being totalcarbon junkies. We are in a class by ourselves, here on Earth. We are the Carbon Addicts.

One of the most important questions in the history of humanity is:

“Where am I along the Carbon Addiction spectrum?”

Ask yourself that question now.  I will, too….

If you did, then Good!  You’re being honest.

It’s tough to face, right?  – – –  Made even more difficult because, well, how can we actually know?  How can we ever know the answer to questions such as:

How does my Carbon Addiction match up with, say, Industrial Agriculture’s? Etc.

One way we can find out is to ask Class level questions such as:

Why do I continue to participate, despite such clear and formal recognition of inequality?

What is the level of my privilege, such that I continue to gulp down Carbon, while this massive inequality is so widely known, accepted, even touted!

Your own answers to these questions open a doorway to survival.

Can  you feel that with me?

We are VALID!  We are a valid species on Earth!  We are as beautiful and innocent as moss. We are homo sapiens sapiens, we are EVOLVING!  We get to make evolutionary mistakes.